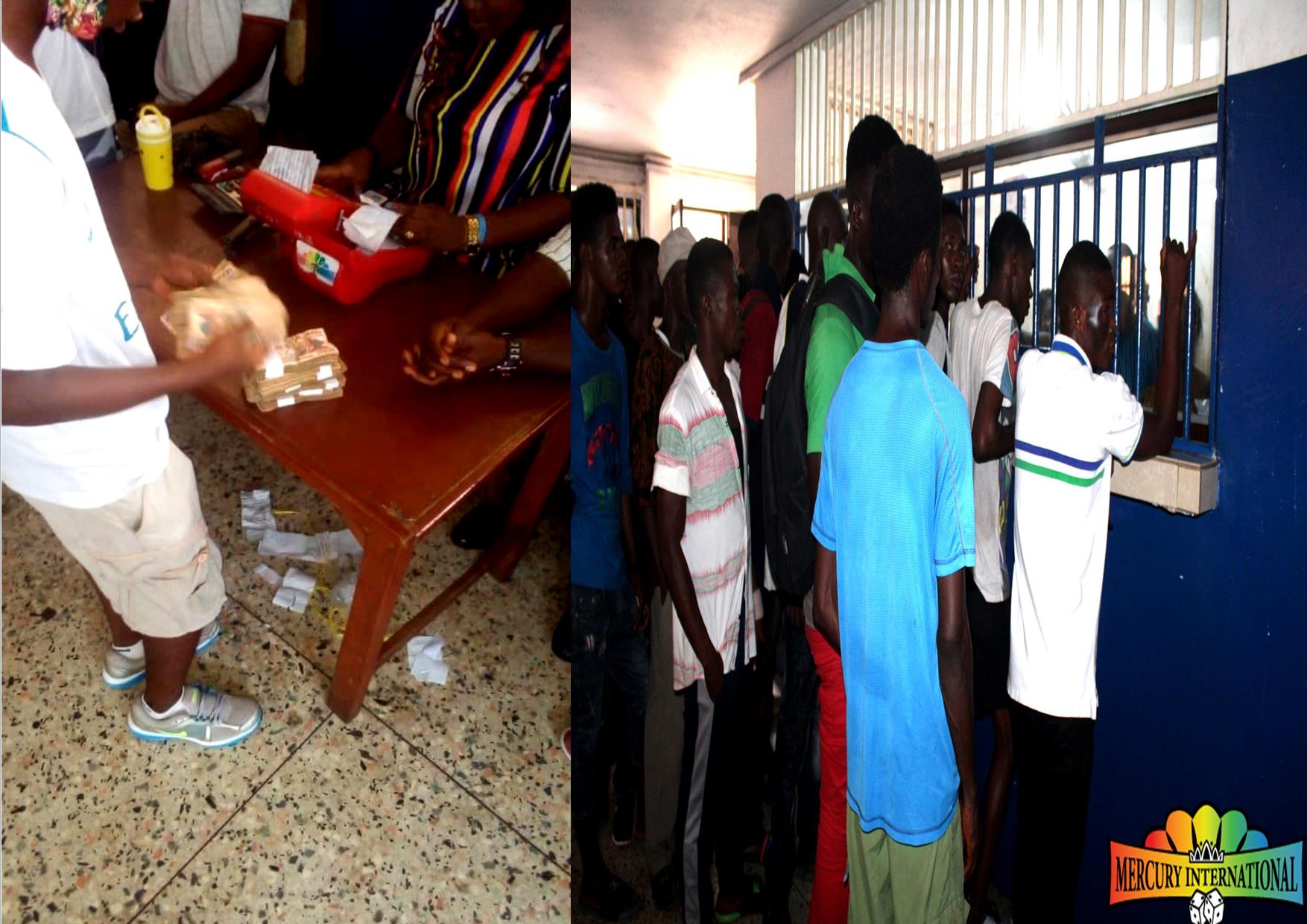 It was a moment of redemption as Mercury International Sports Betting and Lottery Company (SL) doles out over Le 1.7 Billion to more than Seven Thousand, Five Hundred lucky winners from the Saturday night 'Lucky Draw' Edition 94 with the popular 5/90 lottery ball '44-4'.

The winning is said to have been a moment of celebration for thousands of Sierra Leoneans amid the huge economic challenge as a result of the imminent danger of invasion of the Coronavirus in the country and the world at large.

"This winning came at the right time for our customers. For us as a Company, our main purpose among other reasons for establishing this corporate entity is to give opportunities to Sierra Leoneans to try their chances and become Millionaires which we have succeeded in doing and continue to do through our sports betting and lottery games," Mr Morris said.

He, therefore, encouraged their valued customers to continue playing the different lottery games, including football betting and online games.

Saturday's win became the second biggest win in two months after over 18,000 customers on the 13th March 2020, flooded the company Payment Centers across the country including the main Walpole Street center in Freetown in joyous mood as the company dished out over 4.7 Billion Leones payout in Oddest Regular (Football) winnings.