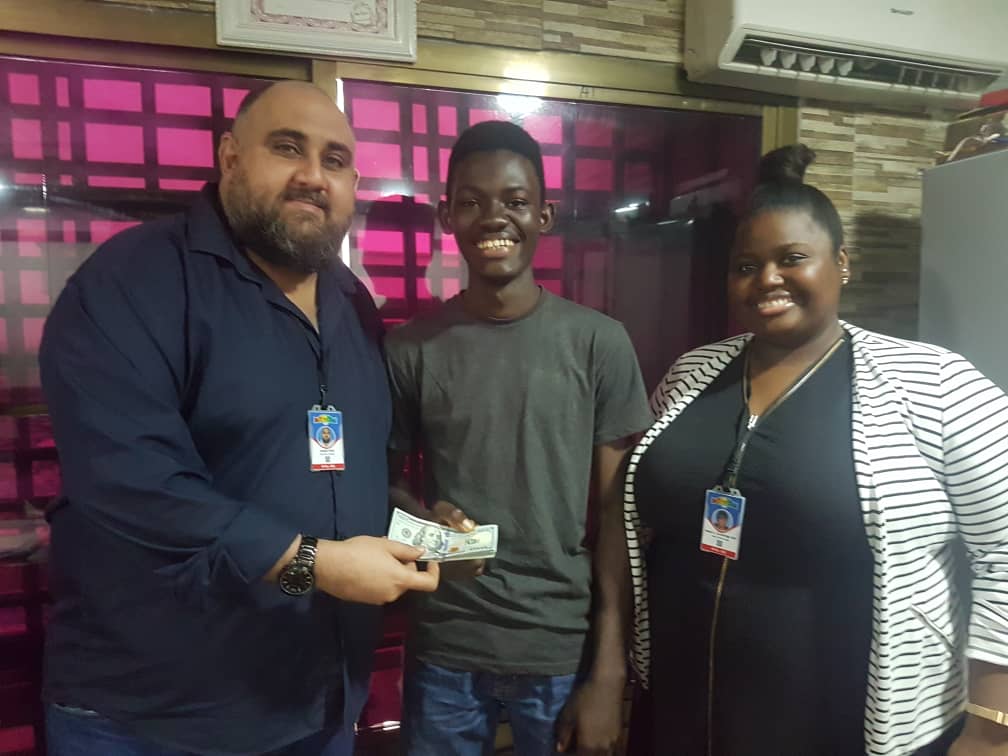 Mercury International Company SL. Ltd through its Charitable Foundation has lifted the hopes of a young Sierra Leonean innovator with a three thousand dollars ($3000) boost as a partial payment to study business and entrepreneurship, starting August 22nd, 2018, at Watson Institute at Lynn University in Florida USA.

Sierra Leonean born Brima Manso Bangura is among other young social entrepreneurs and innovators from around the world who were offered a place to pursue the course in Watson which is an incubator-institute.

Presenting the money to the young inventor at the company's headquarter in Freetown, the company's Operations Manager Mr. Joseph Herb and Head of Admin Miss Dawn Cummings-John were very much delighted as they wished Brima Manso Bangura on behalf of the country the best of luck in what they described as a new challenge in his innovation and entrepreneurship carrier.

Miss Cummings-John also cited the issue of adaptation as a challenge in pursuing an academic course overseas, and also admonished him to be steadfast, determine and focus on the new challenge so that he can return home to positively impact the lives of other young Sierra Leonean and the world at large.

Miss Dawn also stressed the company's support to education, saying that education is a top priority in the list of consideration by the company's charitable foundation

"There are other Sierra Leoneans who are looking for such opportunity but are unlucky to have one like you have done, therefore you have to make good use of the opportunity ", she stressed.

In his response, Brima said, it is good that the country is blessed with institutions like Mercury International Company who can create the platform for young Sierra Leoneans to explore their talents in and out of the country which in turn will be of great benefit to the country.

"For Mercury to embark on building the capacity of a Sierra Leonean is a step in the right direction, as they are contributing to the development of the country", the young inventor emphasized.

He also said he was happy to receive such support from mercury and promised to live up to the expectation of the company and the as a whole. He, therefore, thanked the Managing Director Martin E. Michael, Management, Staff, Retailers and the Board Of Directors of Mercury International Company SL Ltd for such a wonderful support.

Brima Bangura invented Bicycle-powered Generator which provided electricity for his house and neighbors, which was also used to charge mobile phones and other electrical appliances.

In 2017, he represented his school African Leadership Academy in Botswana for a Science Technology Engineering and Mathematics Competition in which he emerged as the winner and also won the best STEM presentation and IDEA.

Quite recently, Bangura was a proud winner of the Queen Young Leaders Award 2018. The award is in recognition of the work of young people in Commonwealth countries that contributes to the transformation of lives in their respective communities and beyond.