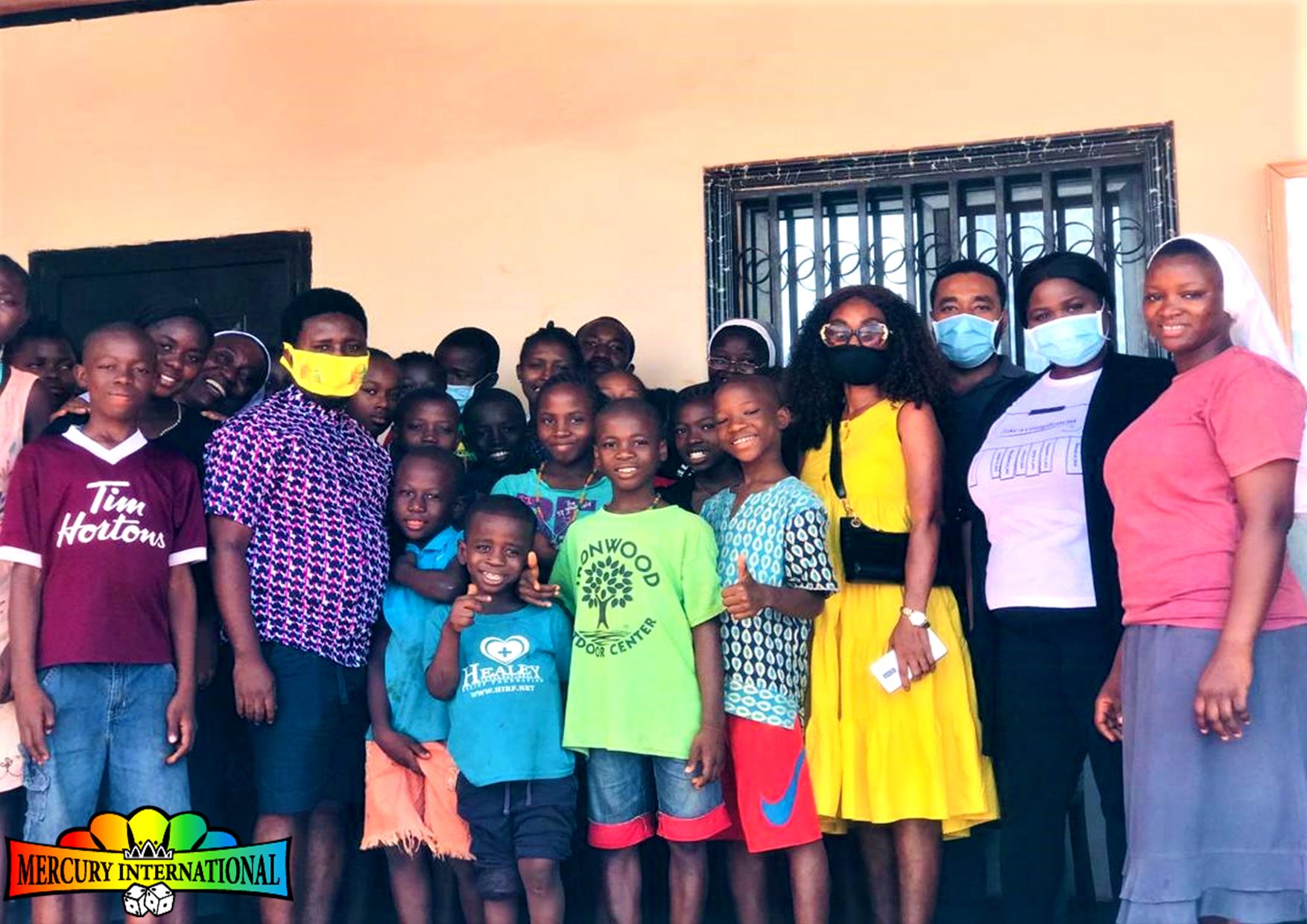 After reaching out to King George's Home, Grafton, with its first Corporate Social Responsibility drive, the Mercury International Staff and Retailers Charitable Foundation has also extended its helping hands to the St Mary's Fatima Interim Child Care Center, Peninsular, Number 2 River with a donation of food items worth around Ten million Leones.

During the symbolic presentation of the items on Armed Forces Day- Thursday 18th February 2021, the Company's Chief of Staff, Ms Dawn Cummings-John, who led the Mercury International Staff and Retailers Charitable Foundation delegation said, the company is always there to support the less fortunate in different communities and organizations, that the St Mary's Fatima Interim Child Care Center is one of the beneficiaries of this gesture.

She said: "We (Mercury International Staff and Retailers Charitable Foundation) decided to purchase these items to make this donation after we were informed about the existence and good work of this orphanage by our Logistics Manager, Mr Ossama Zayat (who was also present at the ceremony). We are humbly presenting these items to you because we know things are not easy and we believe, this donation will put a smile on your faces."

The Company's Public Relations Manager, Mr Alhaji Komba, said this is the second donation by the foundation adding that they hope to do more this year as he showers pleasantries and prayers for the workers and kids in the orphanage.

"The Foundation has pledged to help and have a mutual relationship with the less privileged in the country and we will continue with our philanthropic gestures to people who are in distress, especially the needy," he said.

Madam Agatha - one of the Sisters-in-charge of the orphanage while urging other organizations to follow the good work of Mercury International Staff and Retailers Charitable Foundation in supporting the home, said, they felt extremely good about the donation adding that such gesture came as a big surprise to them at this time.

"We were not expecting this at this time considering the challenging moment we are going through as an organization". She further confessed that, there was no drinking water at center before the arrival of the donated food items; she referred to the donated items which included bundles of sachet water as a rescue mission for the children and the entire orphanage.

She prayed for the company's Managing Director, Mr Martin Michael, Board of Directors, staff and retailers and also promised to utilize the items in the best interest of the residents in the home.

Amongst the donated items were; 10 Bags of rice, 5 Gallons of cooking oil, 5 Bags of sugar, 5 cartons of Tin Tomatoes, Ovaltine and a carton of milk.

The St. Mary's Children's Home was an established Home founded in 1999-Post Civil War to provide a home for orphans and deprived children as a result of the war which killed many Sierra Leoneans and rendered many homeless.

In 2014  Rev. Father Peter Konteh, of the Healey International Relief Foundation acquired a portion of land in the Western Area Rural community called River number 2 and started construction with the help of his mother Elizabeth Klett and a few of her kind friends and well-wishers.

In 2014 and 2016, the home continued to extend their concerns to the children left as orphans and rendered homeless by the deadly Ebola scourge'.