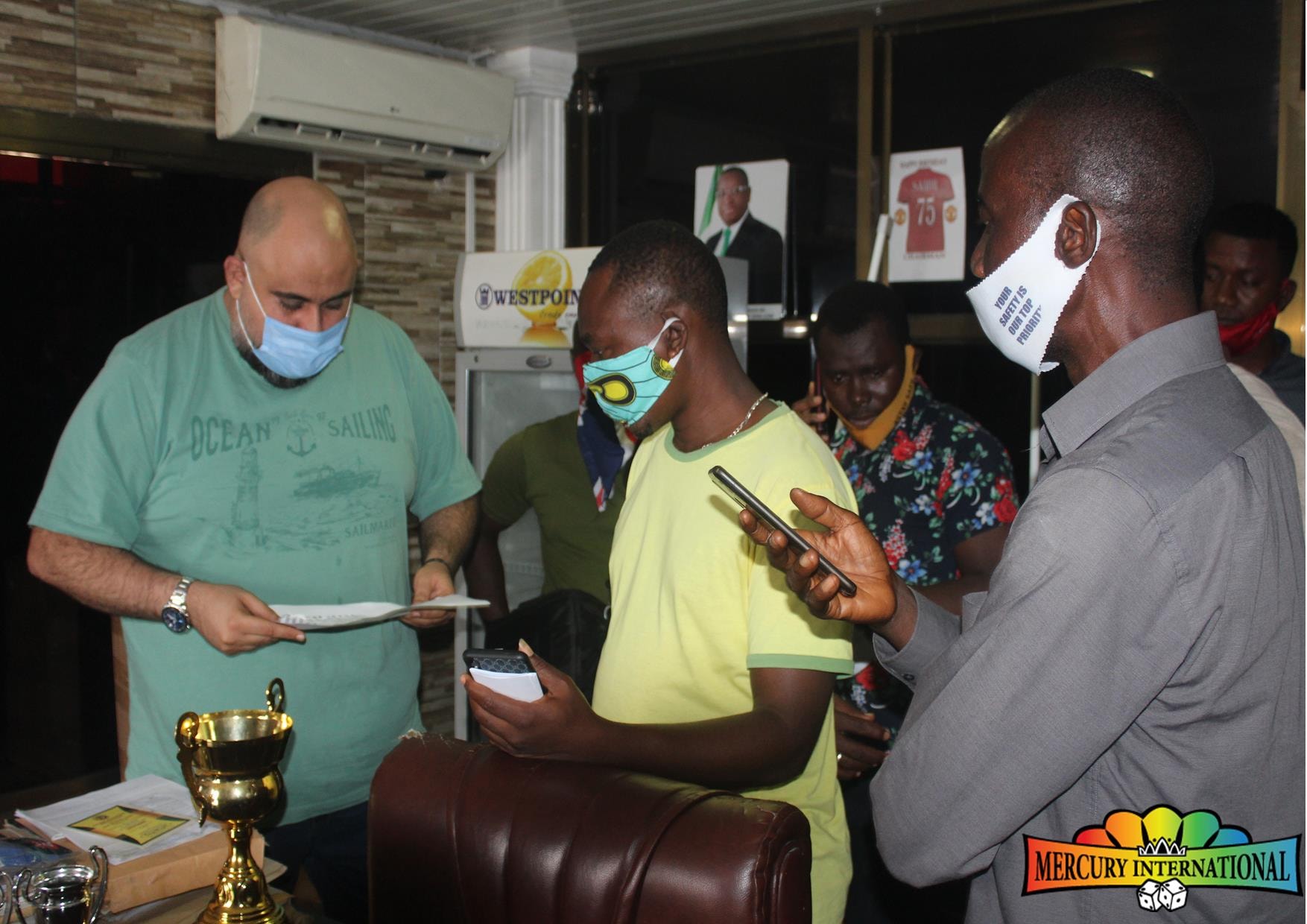 Mr Ibrahim Philet Essah Baion, who sells spray, body location, toiletries and a father of two, was emotional as he jumps up and down in the air after turning his Le 1,000 into Le 100,000,000 on a single ticket.

The exciting winner who is no stranger to Mercury International products said he was grateful for the win, considering the present prevailing circumstances in the world due to the coronavirus which has also affected his business.

Presenting the cash to the lucky winner, Mercury International Chief Operation Officer, Mr Joe Harb, congratulated Mr Essah Baion, stating that he is the first big winner of the Rapid Number Game. He said Mr Essah Baion winning was a clear message that the game is here to give winning opportunities to customers.

"I want to encourage you to use this winning judiciously. We are presenting your winning in cash because you are the first big winner since the introduction of the game," Mr Harb further encouraged customers to continue playing and increase their chances of becoming a millionaire.

Receiving his cash, Mr Ibrahim Philet Essah Baion promised to use the money wisely. He said: "I will set aside a good part of my win to further my education to the University, increase my business and as well buy a portion of land to build my house. I feel grateful for this win."

Mr Essah Baion also called on others to continue to play the game adding that, it is only luck, and God that can change people’s life.