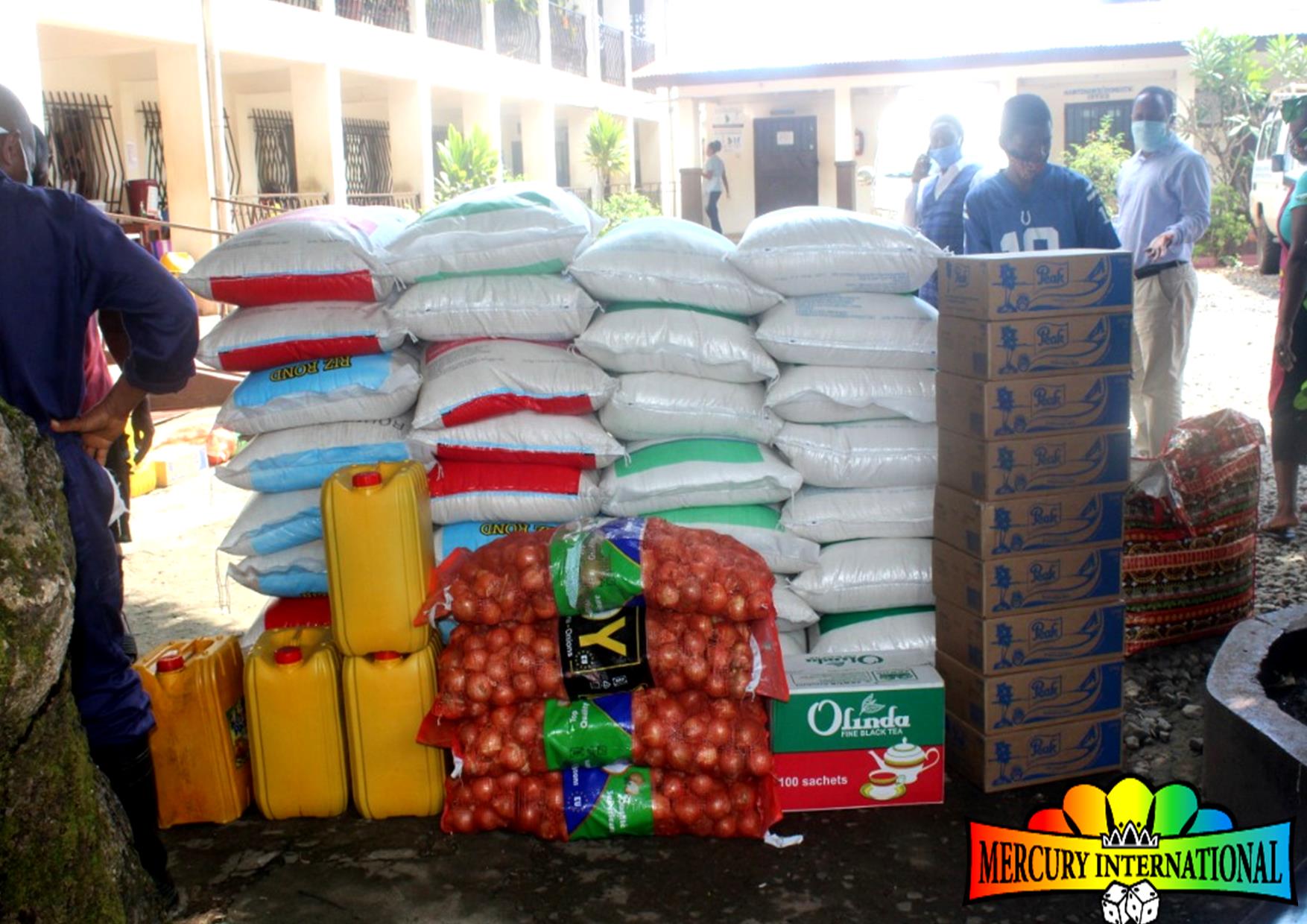 The Michael Family has on Monday 1st June 2020, extended its philanthropic gesture to the Aberdeen Women Center, by donating food items worth over Le 25 million, plus 2000 Face Masks for Children and Adults respectively.

50 bags of rice, 10 cartons of peak milk, five bags onions, five-gallon palm oil (5 'batter'), two cartoons of Olinda tea-leaf and coffee, were presented as the donated items by the Public Relations Manager of Mercury International, Mr. Alhaji Komba on behalf of Martin and Basita Michael and the entire Michael family.

In his brief statement, Manager Komba said the Michael family was pleased to extend their charitable gesture to the Aberdeen Women Center, adding that, the donation is a continuation of their family’s selfless quest to give back to society; especially at a moment like this, when the country is been ravaged by the imminent danger of the COVID-19 invasion.

"On behalf of the Michael family, I'm here to donate these food items as a way of complementing your dedication and service to saving lives of poor pregnant women and the needy suckling mothers and children below the ages of five years," he stated.

Alhaji Komba encouraged them to utilize the said items for its intended purpose and to also continue their good work to humanity.

Receiving the donated items, Francis Gitau, Non-Clinical Director of the Aberdeen Women Center thanked Martin, Basita, and the rest of the Michael family for the decision to think about them in making such donation, adding that it is something they are highly appreciative of.

He said: "Thanks to the Michael Family for this kind gesture for remembering us in this difficult time, as always we are dedicated to offering our service to the community and the less privilege amongst us, we will officially write to them and say thank you to them."

This philanthropic gesture from the Michael Family came just a month after they donated the sum of Le100, 000,000 (one hundred Million Leones) to the government of Sierra Leone to strengthen the campaign against COVID-19 Pandemic.

Apart from the donation made to the government, Michael Family has also made donations to several entities to make sure that the virus is defeated before it gets a strong foothold in the country.

For the past years, Michael's family has also been donating food items to Don Bosco, Heavens Home, Educaid SL, to name a few, amongst many other Charitable organizations in the country.

Similarly so, they also donated Le 30,000,000 (Thirty Million Leones) as a support to the Freetown City Council's "Freetown The Tree Town Campaign," which targeted a total of 1 million trees planted in the country's capital city.