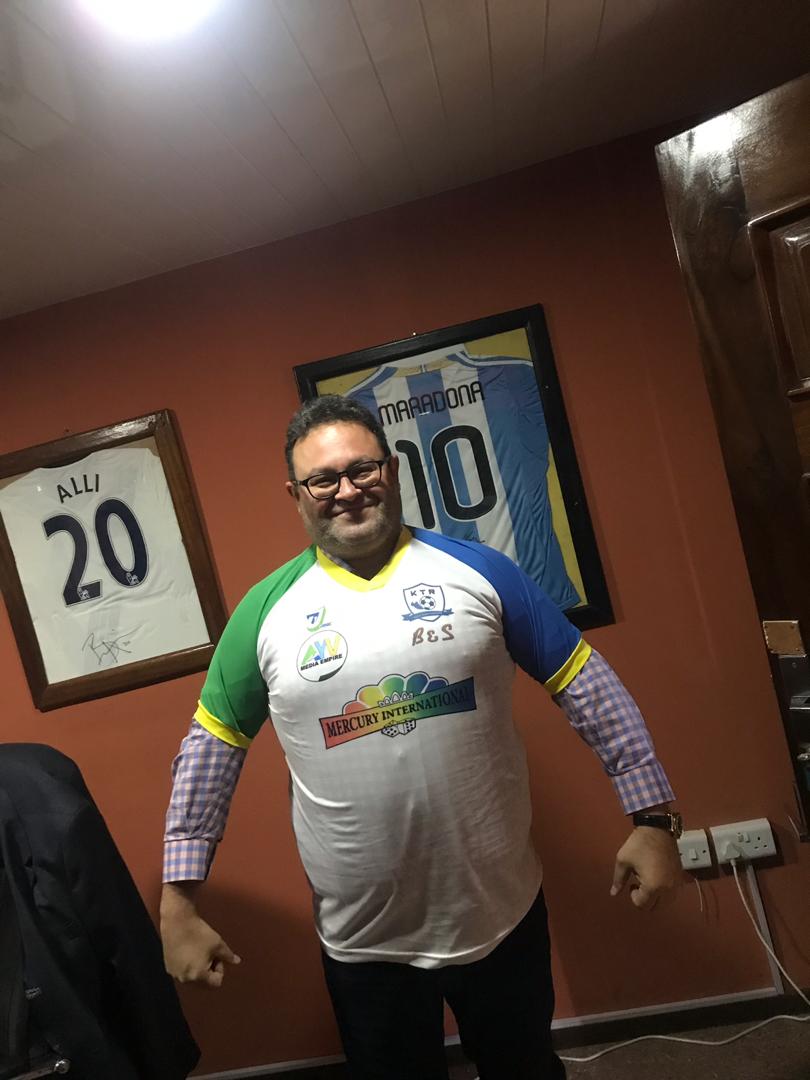 Receiving his supporter's jersey at the Mercury International Headquarter, the country's leading Sports Betting and Lottery Managing Director said he was pleased to hear about the team progress in the tournament and urged the players to do more and ensure they reach the grand-finale this year.

"We are delighted to hear about the team progress and hope they will continue until they reach the finals and go for the trophy. We are always committed to supporting sports in the country and Krootown is always part of our consideration, "Mr Michael said and encouraged the team to be focused especially in the knock-out stage.

The team Secretary General, Ibrahim Yanshim Yansaneh thanked the Mercury International MD for the company open-door policy and their support towards the community and the team over the years.

He said: "We are looking forward to more support from the company towards the team as our target is to lift this year's title.