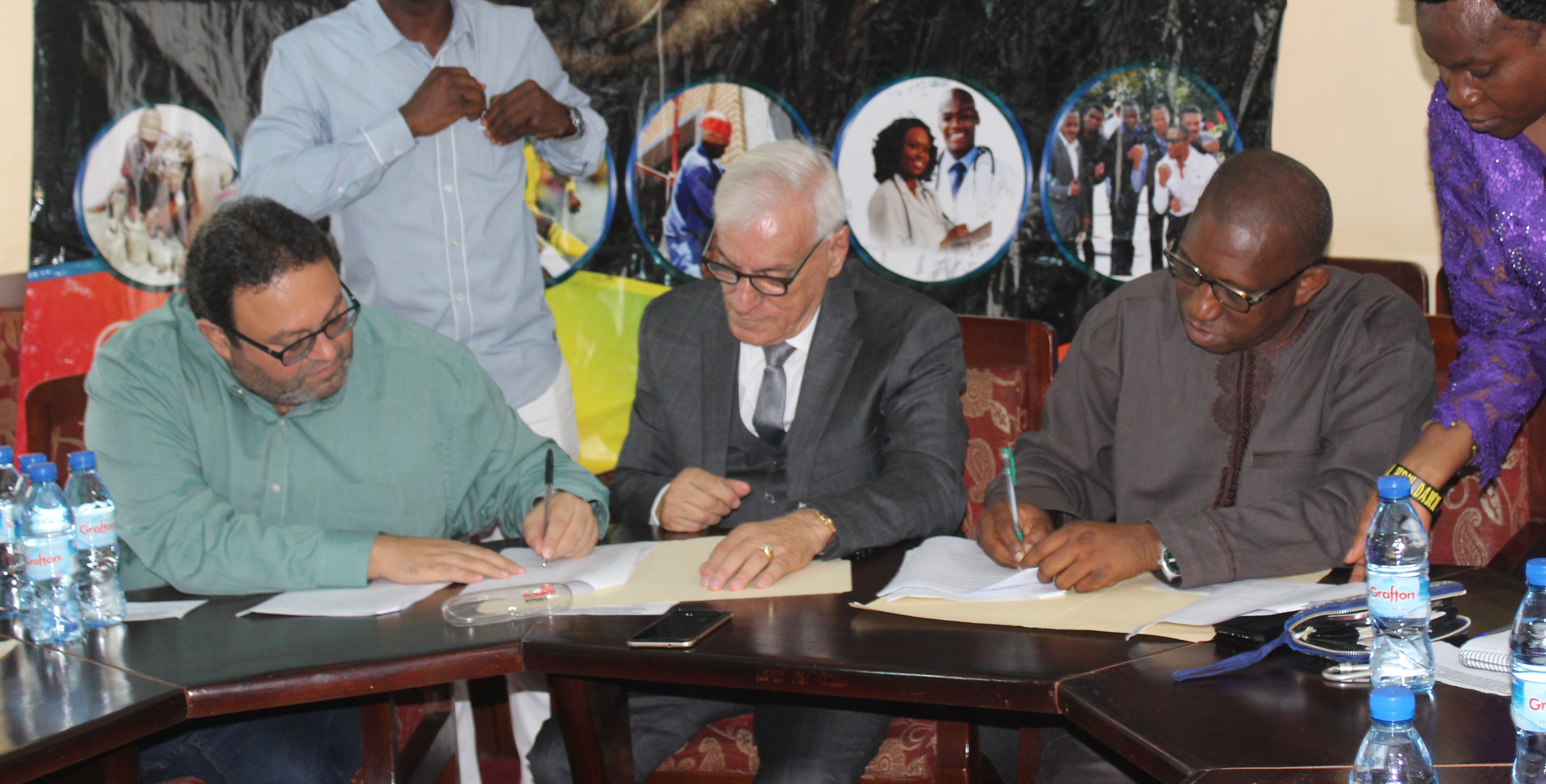 Sierra Leone's leading and unchallenging Corporate Social Philanthropist and Responsibility company, Mercury International has on Thursday 4th October, 2018 reaffirm its commitment to the government's free quality education drive, by signing a Memorandum Of Understanding (MOU) with the Ministry of Basic Primary and Secondary School education, for the construction of 80 single class room buildings.

The historic MOU signing which took place at the conference room of the Education Ministry, requires, a complete commitment package by the undisputed Sports Betting and Lottery Company which will provide funding for the construction of 80 single classrooms in four phases of twenty each.

He said Mercury International has in the past years dished out thousands of scholarships locally and funding hundreds of overseas courses to pupils and students drawn from different parts of the country.

He said: "Mercury International is proud to support the agenda of free quality education and hopes to do all we can not only in supporting the agenda and flagship programs of the New Direction but to also support any policy that is of prospect to the people of Sierra Leone."

Chairman of the Company's Charitable Foundation, Samir Hassanyeh said, education has always been the top priority of the company since it started operation in the country.

Education has always been top on the scale of preference of the company's corporate social responsibility drive amongst others, since its inception in 2006.

"With no contention, it is obvious that, we have contributed a lot to education, and other areas and as a company, we're bent on not only fulfilling our Corporate Social Responsibility but also honouring every tax compliance policy set by the tax regulatory bodies", Chairman Hassanyeh said, adding that the signing of MOU has completely shown the company's commitment to complement government free and quality education flagship program.

He concluded his statement by saying that the company is always open to supporting laudable government's initiative geared towards nation building.

In his response, Minister of Basic Primary and Secondary School Education, Alpha Timbo said the MOU signing is the birth of a legacy and long-term relationship with both parties.

According to Minister Timbo, they received a proposal from Mercury International to support the free quality education program a few weeks ago, and today they finally gathered at the conference room to sign the MOU, which he said is a very commendable strives by the Company.

"On behalf of the President Rtd. Brigadier Maada Bio, we want to extend our profound appreciation to the leadership of Mercury International for such a healthy venture.  As indicated in one of the clauses in the agreement, we want to assure you that these classrooms will be distributed justifiably," he said and promises that they will keep to terms the provisions contain in the agreement.