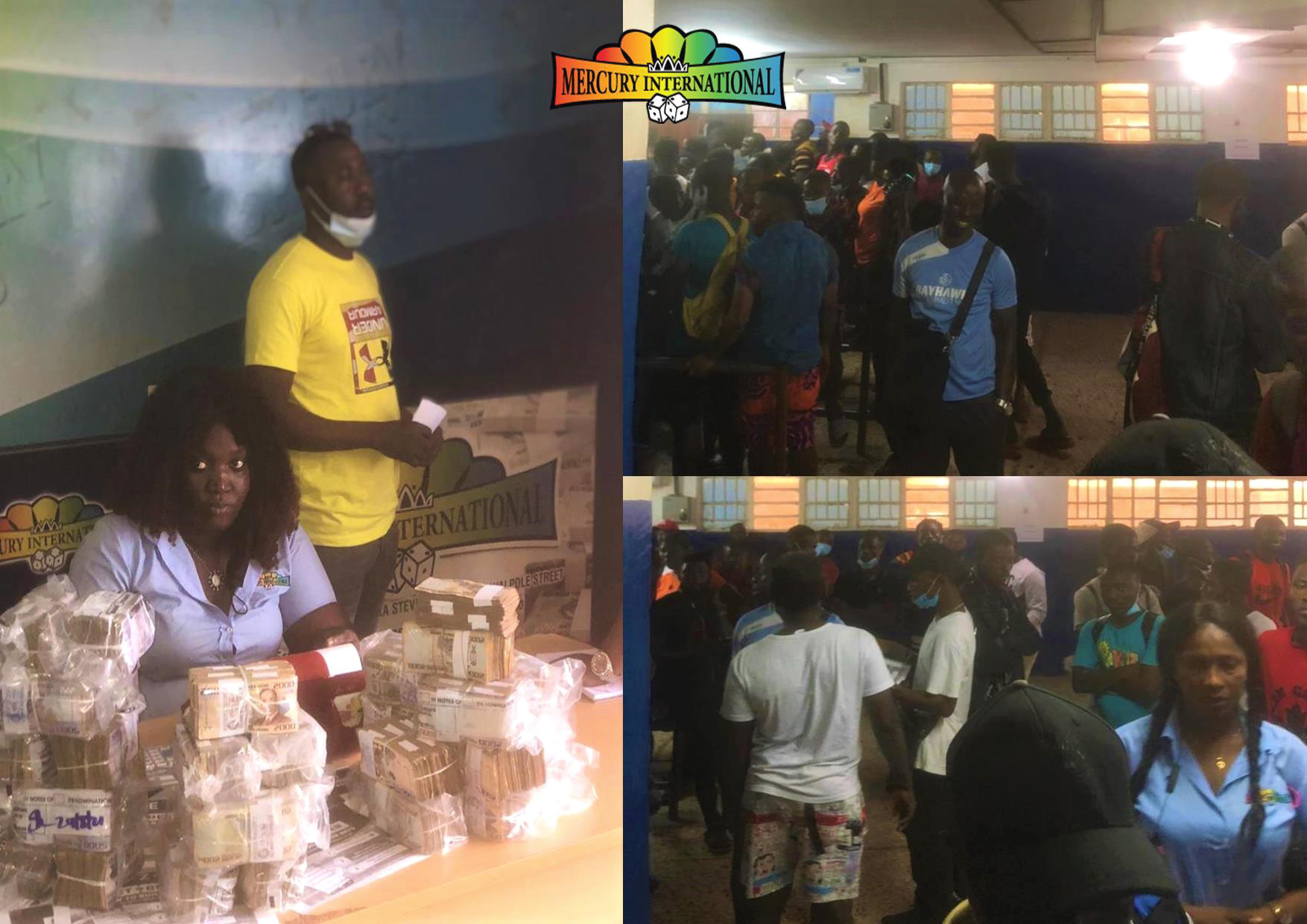 In another joyful atmosphere, the Mercury International payment center at Walpole Street appears to be the home of celebration on Wednesday, August 25 2021 as the Sports Betting and Lottery Company makes a total payout of Three Billion, Forty-Six Million, Five Hundred and Five Thousand, Six Hundred and Ninety-One Leones (Le 3,046,505,691) for football betting to over Eleven Thousand, Six Hundred and Seventy-Five (11,675) customers.

Over Eleven thousand customers got their winnings from Tuesday's August 24th 2021 Mega List Set 21428, which produced an aggregate win of One Billion, Seven Hundred and Forty-Eight Million, Four Hundred and One Thousand, Eight Hundred and Sixty-Three Thousand Leones (1,748,401,863).

Reacting to the winning, Deputy Public Relations Manager, Sahr Morris Jr said: "This win and payment today sends a message that Mercury International doors are always opened and will always pay our customers, as long as it is fair and genuine winning; you win honestly, you get paid, Mercury does not tolerate cheating.

"We will continue to encourage our customers to enjoy our exciting offers as the Bonus King; Mercury International is here for them and will continue to make more millionaires throughout our football products as well as our lottery products."

One lucky customer, Ibrahim Turay who won a total of Six Million Leones said: "I am not a stranger in winning Mercury International football betting, especially the Long List. I have received my money and never had problems in collecting my payment."

Another excited customer, Joseph Conteh, in a brief chant, revealed, he is a constant winner of Mercury International, and since playing the company products, he has experienced massive changes within his life.

"I hardly go a weekend or midweek without winning and I am not targeting the bigger amount. My sets are always short and several tickets and my winnings had helped me with my business and other personal things," Conteh said.