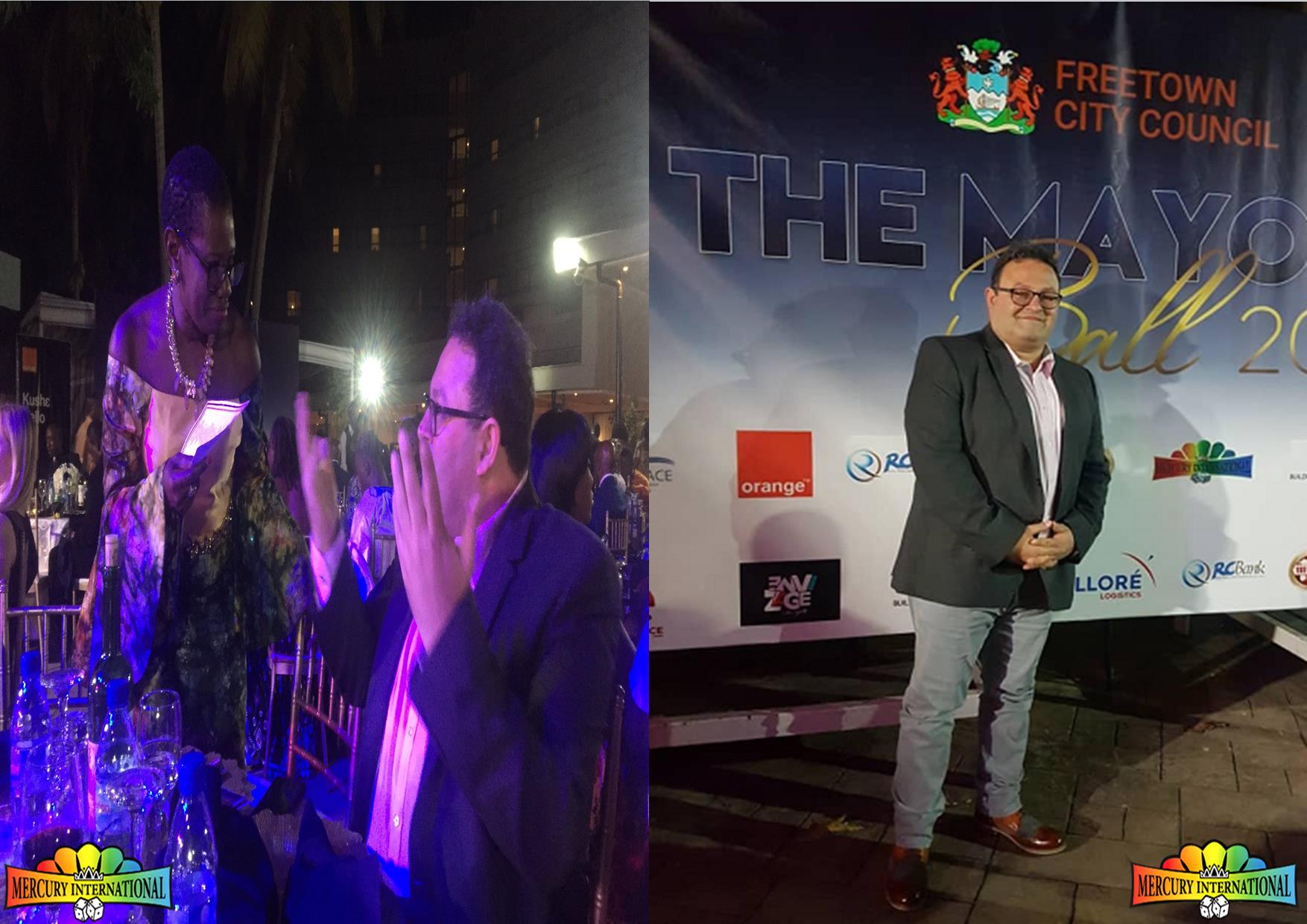 Mercury International Company SL Ltd does not only make millionaires, but also create the enabling environment for Sierra Leonean to actualize their dreams. This was again demonstrated on the 3rd January 2020 at Radisson Blu Hotel, where Mercury International, Radio Mercury and the Michael family pledged a total sum of One Hundred and Forty Million Leones (Le 140,000,000) as a support to the Freetown City Council's 'Freetown The Tree Town Campaign' which will see a total of 1 million trees planted in the country's capital city.

Proudly making the said pledge at the official launching ceremony of 'The Mayors Ball 2020', the country's leading Sports Betting and Lottery Company Managing Director, Mr Martin Michael, said, as a company, Mercury International will donate One Hundred Million Leones (Le 100,000,000) with a further pledge of Le 30,000,000 (Thirty Million Leones) on behalf of the Michael family.

A further 10,000,000 (Ten Million Leones) was pledged by the Consultant of Radio Mercury, Samuel Valcassel.

"Pledge to the planting of trees in Freetown and by we-I mean Mercury International and the Michael family- we look forward to seeing our trees grow in the coming years and to see a plush greenery Freetown," the Managing Director said, adding that: "I am passionate about the environment. As a company, Mercury International is dedicated to the protection of the environment. I was impressed by the passion of both the Minister of Environment and our brilliant Mayor, Yvonne Aki-Sawyer hence we had no hesitation in making substantial support."

This is not the first time the country's leading Sports Betting and Lottery Company is demonstrating such patriotic responsibility, in February 2019, Mayor of Freetown, Yvonne Aki-Sawyerr together with workers of Freetown City Council (FCC) applauded Mercury International for becoming the first private sector company to support their 'Transform Freetown' initiative project.

The Mayor received 30 donated 'Street Rubbish Collection Bins' and later received an additional 70 as the company's support towards the 'Transform Freetown' initiative project.

The 'Transform Freetown' initiative like the 'Freetown The Tree Town Campaign' by the FCC aimed at changing the city by addressing 11 priority areas, falls under four clusters: Human Development, Healthy Cities, Resilience, and Urban Mobility.

To be able to tackle these challenges, three priority sectors - environmental management, revenue mobilization and urban planning and housing - are considered to help achieve this.