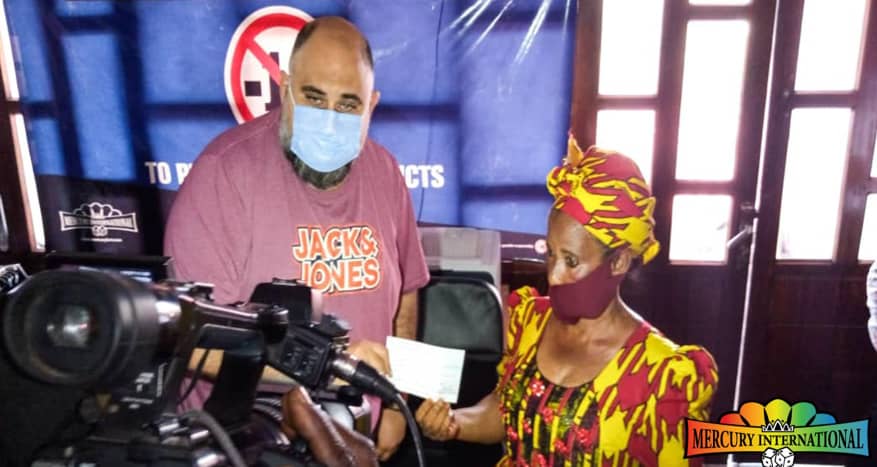 A middle-aged petty-trader residing in East End of Freetown writes her name on the history books football betting in Sierra Leone after she becomes Mercury International Company first biggest, and highest individual football betting winner in the county.

The punter describing her success as "the realisation of a lifetime dream", placed a total of Le 2,002,000 (Two Million, Two Thousand Leones) bet on 10 teams under sets 15148.

She was, however, waiting for a single Wolverhampton Wanders goal against Man. City to land her life-changing win and when the goal came, she can't hold back but dance for join and later joined by other family members.

"Winning this bet is the realisation of a lifetime dream. I can't say much but to go and deposit this cheque in my account and ask God almighty for his direction on how to spend the cash," she said.

Mercury International Chief of Operations, Joseph Herb, before presenting the cheque said this is history in Mercury International’s football betting and in Sierra Leone because it is the highest winning ever in football betting. He added, "I want to congratulate Mrs Sesay for this life-changing win and advise her to do what she wants to do with the money as we wish to see more winners like her."

He said: "There are lots of options for people to become a millionaire through Mercury International; it takes patience, determination and perseverance."