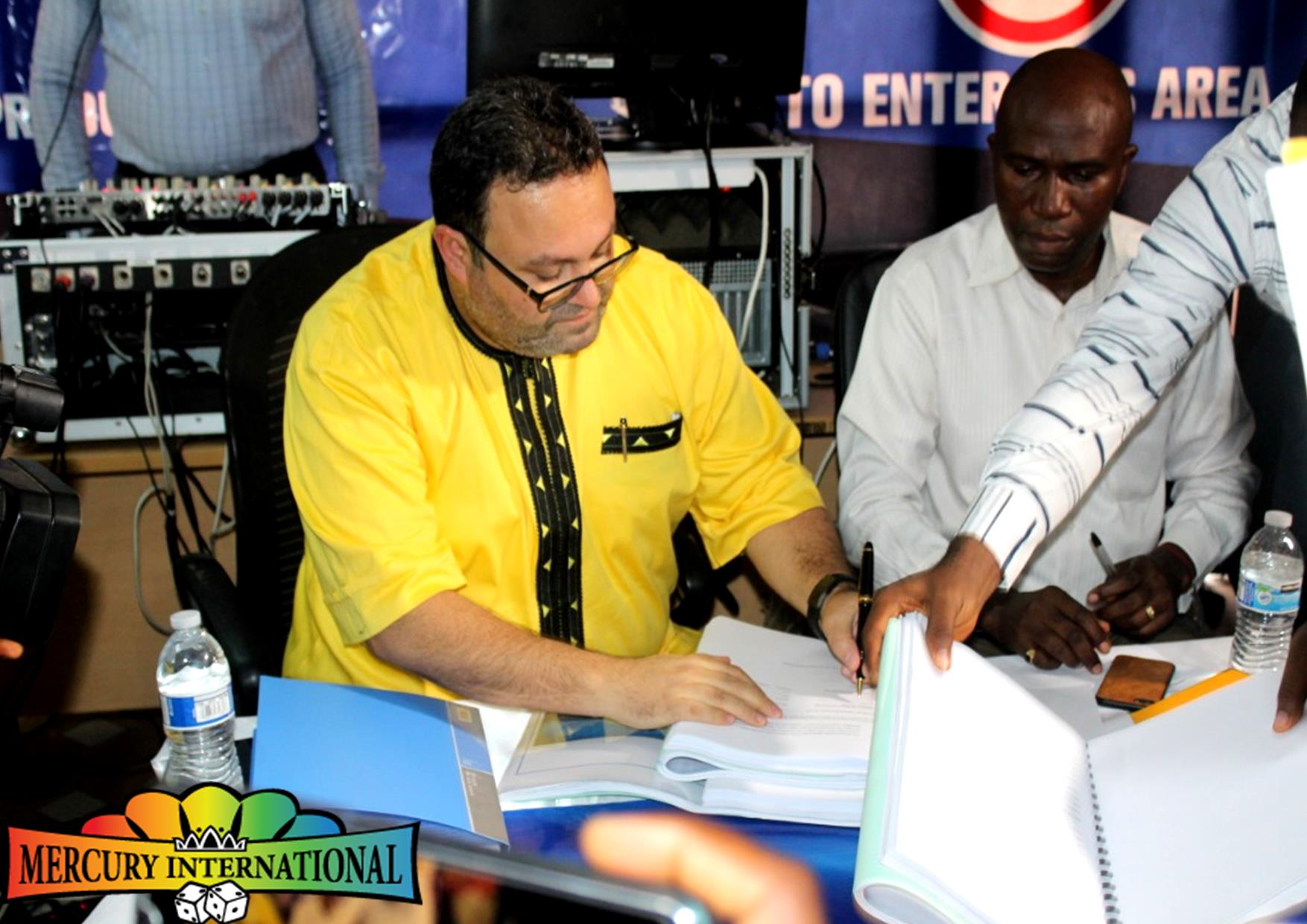 The signing ceremony which took place at the Company's Public Relations and Radio Department, Bathurst Street in Freetown in front of a battery of journalists was a step towards to commencement of construction work of the said school in Port Loko.

In his statement before the symbolic signing, the Mercury International Managing Director said over a year ago, the company signed a Memorandum Of Understanding (MOU), with the Government of Sierra Leone for the construction of 90 classrooms or schools equivalent to 90 classrooms.

He said: "Due to circumstances beyond our control, the project stalled and it was revitalized upon the appointment of Dr Moinina David Sengeh, through his enthusiasm and ambition to see these classrooms or schools constructed and concluded," adding that with the desire of Mercury International to ensure our promise becomes reality, working together sometimes through the weekend, supported by the dedication of our architect and consultant Ideas Limited, we are finally ready to sign the first contract for the construction of the first all-girls school in Port Loko."

He said: "It is our hope that the school will be ready for use by September of this year."

He further used the opportunity to thank the Minister Dr Sengeh for his support and cool demeanour whilst they drafted and redrafted the plans for the school and for his modern environmental-friendly ideas that have been incorporated in the designs.

Also, the architect's, Ideas Limited for putting up with the Company's constantly changing ideas and suggestions as well. "Samir Hassanyeh, Chairman of Mercury International, Max Brandwain and Hassan Saad the shareholders in Mercury International for their total support to the entire project, because they have been at my neck almost every day asking about the commencement of the first school," he said.

Also, to the brilliant staff of Mercury International, in particular, Dawn Cummings-John and Alhaji Komba for their dedication and hard work.