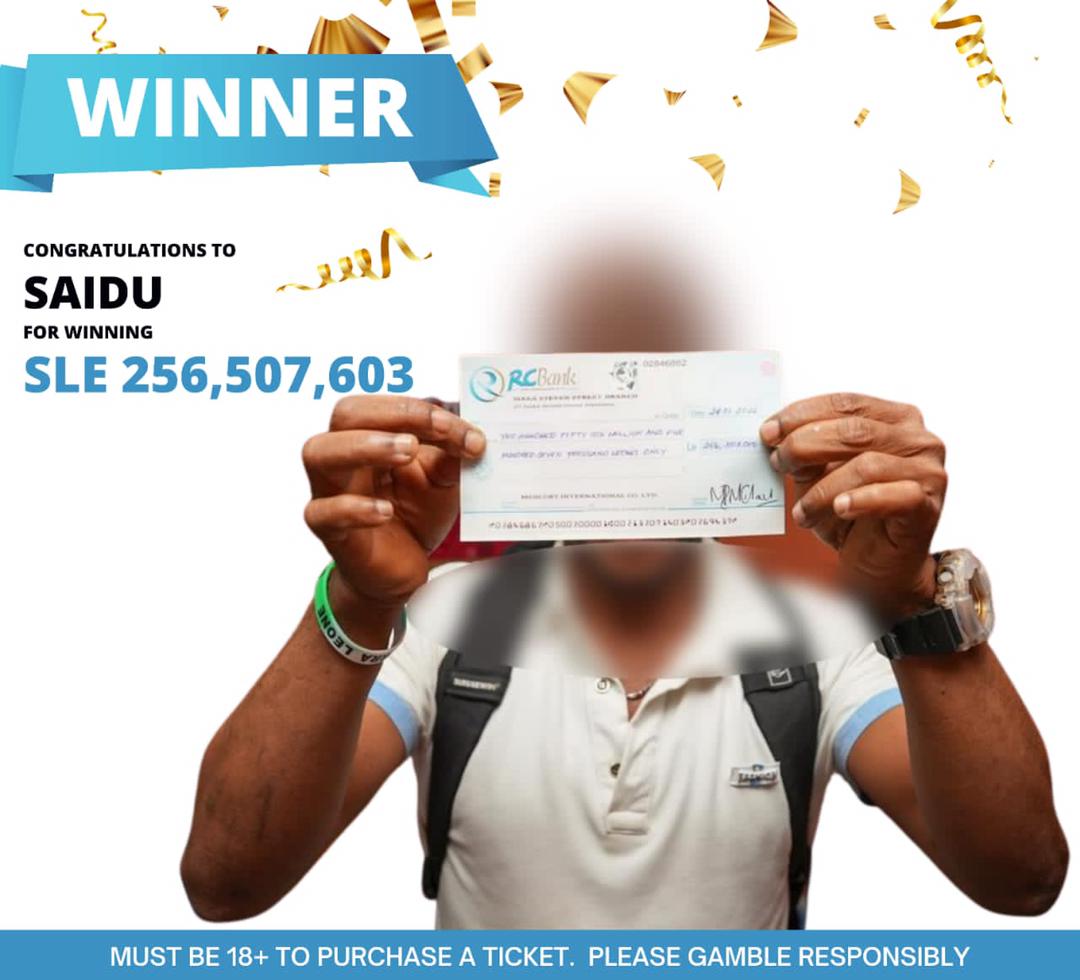 A petty-trader around the age of 42 years who resides in West End of Freetown becomes the latest winner from Mercury International football betting product as he turns the newest millionaire in town.

The win was the punter second biggest win from the company and he described his success as trust and consistency and promised to continue playing Mercury football betting product.

"It has always been a life changing moment for me whenever winning Mercury bet because it has helped me with lot of business investment," he said.

Mercury International Chief Finance Officer, Ekundayo Rowe presenting the cheque and congratulated Mr Sesay for the wining, especially in the month of January.